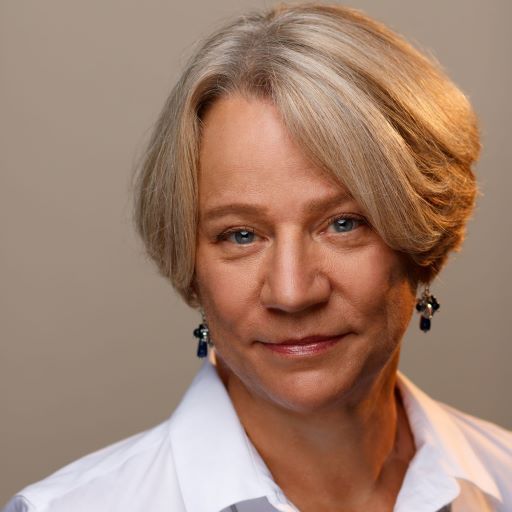 Lindsay Yotsukura received her Ph.D. in East Asian Languages and Literatures from The Ohio State University in 1997. She specializes in Japanese linguistics, focusing on cross-cultural pragmatics and discourse analysis from a corpus-linguistic perspective. Her work has investigated the role of deixis and indexicality in spoken and written genres of Japanese in order to illuminate the strategic, situated practices of numerous communities of practice, in particular, customer service environments. Publications include her book, Negotiating Moves: Problem Presentation and Resolution in Japanese Business Discourse (Elsevier, 2003), and numerous peer-reviewed articles and book chapters, including "Getting to the point: Indexical reference in Japanese and English email discourse" (Continuum, 2020); "Negotiation and confirmation of arrangements in Japanese business discourse (Japanese Language and Literature 45:1, 2011); “Making inquiries: Toiawase strategies by Japanese L1 and L2 callers to Japanese educational institutions” (in Japanese Applied Linguistics: Discourse and Social Perspectives, Continuum, 2008); “Beikoku ni okeru Nihongo kyōiku no genjō oyobi gakushūsha dōki ni tsuite (Japanese language education and student motivation in the United States)” (Bonjinsha, 2006); "Japanese Business Telephone Conversations as Bakhtinian Speech Genre: Applications for Second Language Acquisition" (Erlbaum, 2005); and “Learning Words, Learning Worlds” (Japanese Language and Literature 39:2, 2005). In 2006 she also completed a series of seven translations for a bilingual edition of the Nihongo Kyōiku Jiten (Taishūkan). Yotsukura is currently at work on two research projects; one examines indexicality in Japanese business email discourse, and the other is a historical investigation of three-way negotiations between Japanese automobile manufacturers, American occupying authorities, and Japanese government ministries during the post-war reconstruction of the automobile industry.During the 2006-07 year, Yotsukura was awarded a Lilly Fellowship by the Center for Teaching Excellence, and has been the recipient of several Instructional Improvement Grants, also awarded by CTE and the College of Arts and Humanities, over the course of many years. From 2011-2014, she served as the Resident Director of the Kyoto Consortium for Japanese Studies, a study abroad program based at Doshisha University and administered by Columbia University. In January 2016, she led a group of 11 UM students to Tokyo and Miyagi, Japan as part of the KAKEHASHI Project, a fully expense-paid, 9-day study tour sponsored by the Japanese Ministry of Foreign Affairs. In Spring 2016, Yotsukura participated in the Undergraduate Technology Apprenticeship Program, working with an undergraduate Japanese major to develop a mobile application for the first-year Japanese language textbook materials used at UMD. She has also revamped her popular course, Topics in Japanese Pragmatics: Stylistic Variation in the Films of Miyazaki Hayao and Studio Ghibli (JAPN 438M) in order to offer it as a fully online class. In the 2017-18 academic year, she worked with the Maryland-Kanagawa Prefecture Sister States Committee to develop an all-expense-paid internship program for UMCP and UMBC students to teach in the Kanagawa private high schools in Summer 2018. In 2019, together with her UMD colleague Michele Mason, Yotsukura developed and taught a summer seminar for high school students through the Telluride Association entitled "Constructing Gender in Japanese Popular Culture". In addition to teaching courses at UM in Japanese language and linguistics, Yotsukura served for 21 years as the Director of the undergraduate Japanese program, and was formerly the Director of the Center for East Asian Studies (CEAS), and the Coordinator of the CEAS undergraduate Certificate Program. In August 2020 she became the Associate Director for Academic Affairs in the School of Languages, Literatures, and Cultures, and during the 2020-21 academic year, she participated in the ADVANCE Leadership Fellows program.

Getting to the Point: Indexical Reference in English and Japanese Email Discourse

How is indexical reference achieved in English vs. Japanese business discourse for marketing purposes, in order to establish “bonding” between participants?

This chapter compares indexical expressions utilized in English and Japanese email discourse from book companies in the United States and Japan in order to highlight their referential functions and underscore their pedagogical importance. These deictics also serve a marketing purpose by constituting a bond between company and customer and encouraging further patronage. English emails adopt a relatively casual stance, with positive politeness markers such as bare imperatives functioning to invite future customer engagement. Pronominal reference also predominates, whereas in Japanese, recurring combinations of nominal forms with polite prefixes and honorific or humble polite predicates enable a company to express appreciation for a customer’s patronage, acknowledge benefits received, and indirectly index a deferent stance consonant with customer expectations for online vendors.