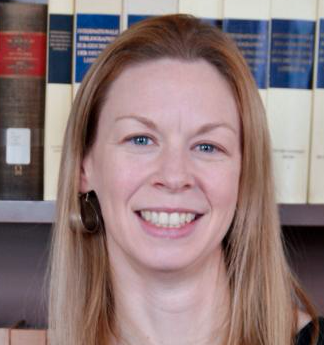 Julie Koser is Associate Professor, Department Head, and Director of Graduate Studies in the Department of Germanic Studies. She specializes in 18th- and early 19th-century German literature and culture with a focus on issues of gender and representation in the "Goethezeit." She is affiliate faculty in The Harriet Tubman Department of Women, Gender, and Sexuality Studies. Her research and teaching interests span from the 18th to the 21st centuries and include the construction and dissolution of gender myths; the interplay between gender, national identity, and citizenship; gender and warfare; literary and visual depictions of women and violence; issues of alterity; travel writing; the postcolonial Enlightenment; and the early historical novel. She regularly teaches undergraduate and graduate courses on issues in 18th-century German literature and culture, such as gender and warfare, German theater and drama, postcolonial Enlightenment, criminals and outsiders, death and desire, and fairy tales. Her book Armed Ambiguity: Women Warriors in German Literature and Culture in the Age of Goethe (Northwestern University Press, 2016) explores the destabilizing effects and cultural ambivalence evoked by the juxtaposition of women with violence. Her current book project engages with literary constructions of the "Orient" in fictional works by German-speaking women writers around 1800.Prof. Koser received a B.A. in International Studies and German from Trinity University (1999) and Ph.D. in German with a Designated Emphasis on Women, Gender, and Sexuality at the University of California, Berkeley (2007).

Engaging with this relatively unknown collection of fairy tales, Koser examines how Benedikte Naubert strategically deployed the learned figure of the Egyptian almé to mount a defense of women as storytellers and transmitters of knowledge and cultural memory. Naubert's figure of the almé articulates the perils women faced when asserting themselves as authors, offers as a model for eighteenth-century women writers to negotiate the literary sphere, and constructs a community of women storytellers. At the same time, Koser critically explores Naubert's literary interventions into early Orientalist discourses that contributed to images of the "Orient" and processes of othering around 1800.