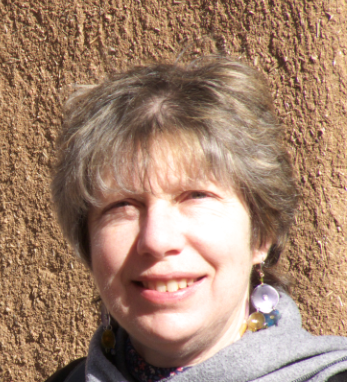 This article explores the numerous references to the Odyssey and Greek mythology present in "Ulysses' Gaze" directed by Greek filmmaker Theo Angelopoulos in 1995.

The first part of Theo Angelopoulos' career was dominated by references to the myth of the Atreides with the return of the father betrayed by his wife, the plot hatched with her lover leading to his violent death, the suffering of his children, and Orestes' revenge. The story of Ulysses' return to Ithaka later replaced Agamemnon's in his filmography. "The Suspended Step of the Stork" illustrated this theme by depicting the impossibility of the reunion between the modern Ulysses and his Penelope. This article demonstrates that from "Ulysses' Gaze" on, Angelopoulos' narratives became more and more influenced by the Homeric myth. This return to the oldest source of literature allowed the filmmaker to elaborate and express a personal and intimate myth that were developed in "Eternity and a day" and subsequent films.

This book explores four films directed by major French filmmakers and dedicated to the heritage of Greek mythology in contemporary culture.

Ulysses, Europe, Orpheus, and Eurydice are among the mythical characters whose adventures have been illustrated since antiquity in the arts, and for over a century now, in cinema. French filmmakers Agnès Varda, Alain Resnais, Christophe Honoré, and Jean-Jacques Annaud participated in the transmission and rewriting of these Greek myths, each in their own way. In "Ulysses" (1982), Varda combined an autobiographical commentary on a photograph taken in 1954 with a feminist and political perspective on its context, echoing the works of Roland Barthes and Jacques Rancière on photography. Resnais, in "You Ain't Seen Nothin' Yet" (2012), returned to his passion for theater by revisiting two of Jean Anouilh's plays in light of Jean-Luc Nancy and Mathilde Girard's dialogue on myth and performance. "Métamorphoses" by Honoré (2014) offers a transgender reading of mythological stories, in every sense of the word, under the aegis of Jupiter, Bacchus, and Orpheus in order to articulate a liberated but informed vision of the future for younger generations living in a Mediterranean environment. In "His Majesty Minor" (2007), Annaud presents a parody of "The Odyssey" through a critical reading of Greek mythology by the humanities and social sciences

WOLF TOTEM by Jean-Jacques Annaud (2015): Turning a Chinese Novel into a Transnational Film

This article casts Jean-Jacques Annaud's "Wolf Totem" (2015) as a site of cultural negotiation and focuses on Annaud's adaptational dialogue with Jiang Rong's novel (2004) by the same name to turn a deeply local story into a transnational film. Annaud achieves a more general perspective than the Chinese novel by refusing to make any claims to historical accuracy or documentary objectivity. But, as in most of his previous films, he strives to confront social and political reality from a an independent, informed, and critical position. Annauds thus continues to support and embody a struggle for cinema's independence from any political or material constraint while exposing the shortcomings of any representation of an unknown culture that depends on stereotypes and prejudice.

This article examines the beginnings of the Comité du Film Ethnographique under the aegis of Jean Rouch in the context of the creation and development of the Musée de l'Homme since 1937.

This article describes the creation of the Comité du Film Ethnographique (CFE) in 1953 at the Musée de l'Homme, Paris, France, as an answer to the need to produce documentaries that would meet both the requirement for scientific rigor and the general public's interest in ethnography and diverse cultures. The CFE aimed to legitimize the use of cinema in a relatively new discipline in the scientific world and to highlight the enthusiasm, professionalization, and autonomy of ethno-cinematographers since the beginning of cinema, while having to address the issues and ambiguities linked to this field of research and its place in society.

The Art of Silence: From Documentary to Fiction

This chapter examines French filmmaker Louis Malle's first documentary, "The Silent World" (1956), and its impact on key political and stylistic features of the fiction films he subsequently directed.

Louis Malle's collaboration with oceanographer and environmental activist Jacques Cousteau on "The Silent World" was a training ground and foundational work for the budding French director in 1956. The specific treatment of three elements -the presence of recording technology, the observation of marine life, the use of sound- pervading the film as a documentary feature had a significant influence on Malle's narrative and aesthetic choices as soon as he turned to fiction two years later, with "Elevator to the Gallows" and "The Lovers" (and on to his early 1960s films -"Zazie dans le métro", "A Very Private Affair", "The Fire Within"). Malle's interest in the mediatisation of vision, his 'mechanistic" conception of cinema, his acute perception of the representational and narrational inadequacy of verbal language, his ethnographic concern (shared with Jean Rouch) for "an ethic of looking and listening", his disenchanted gaze on the man-machine, his shift between nature (animals) and mankind (in particular children) -all speak to a constant engagement with issues of realism, truth and objectivity, and, ultimately, to a more assertive political thrust than is ordinarily perceived in his early work.