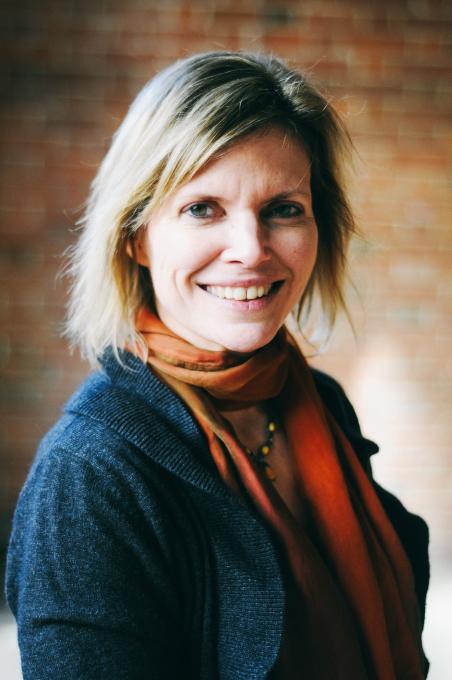 Andrea Frisch received her PhD in Romance Languages and Literatures from UC Berkeley.  Her research on literary and historiographical works in the social, cultural, and political context of the Protestant Reformation has been supported by the National Endowment for the Humanities, the National Humanities Center, and numerous research libraries and centers of advanced study in the US and Europe.  In 2021-2022, she will be a fellow at the Hamburg Institute for Advanced Study.

The Invention of the Eyewitness: Witnessing and Testimony in Early Modern France (University of North Carolina Press, 2004) is an examination of the links between the witness of the French law courts, the figure of the witness in theological writings, the eyewitness narrator of Francophone travel literature, and the witness-as-narrator in French literary and philosophical texts in the fifteenth and sixteenth centuries.  The book’s analyses highlight the tense coexistence between traditional ethical models of witnessing inherited from medieval precedents, on the one hand, and an epistemic conception of witnessing, according to which eyewitnessing gained special prestige as a depersonalized, quasi-objective form of testimony, on the other.

Forgetting Differences: Tragedy, Historiography and the French Wars of Religion (Edinburgh University Press, 2015) is a study of the rhetoric of reconciliation in the wake of France’s civil wars (1562-1598).  Taking contemporaneous juridical and theological conceptions of pardon, amnesty, and reconciliation as a point of departure, the book identifies parallels between historiographical method and tragic aesthetics in sixteenth- and seventeenth-century France.  The tandem evolution of these discourses was centrally conditioned by the challenge of representing civil war in a way that would be perceived simultaneously as truthful and as non-polemical.

Current projects include Dispassionate Truths: The Rise of Unmemorable History, which tracks the relationship between the “memorable” and the “true” in the larger body of early modern European historiography, and The Library of the Enlightened Ethnographer, which examines the reception of fifteenth- and sixteenth-century European travel literature in eighteenth-century anthropology and ethnography.

Forgetting Differences. Tragedy, Historiography, and the French Wars of Religion

Through an examination of tragedy and of 'tragic' historiography, this book argues that the political process of forgetting internal differences after the French Wars of Religion led to fundamental shifts in conceptualizations of the past.

Forgetting Differences: Tragedy, Historiography and the French Wars of Religion (Edinburgh University Press, 2015), is a study of the role of conceptions of tragedy and the tragic in the rhetoric of reconciliation in sixteenth- and seventeenth-century French historiographical and theatrical works about France’s Wars of Religion. Taking account of the overlaps and disjunctions between juridical and theological conceptions of pardon, amnesty, and reconciliation, and opening up a broader inquiry into conceptions of memory and forgetting as they bore on representations of the Wars of Religion in historiography and theatrical tragedy from 1550–1630, the arguments in the book examine attitudes toward history in early modern Europe, provide an account of the emergence of the ideal of aesthetic distance as one of the foundations of French literary theory of the seventeenth century, and offer an analysis of the shifting conceptions of emotion that informed postwar reconciliation in early modern France.