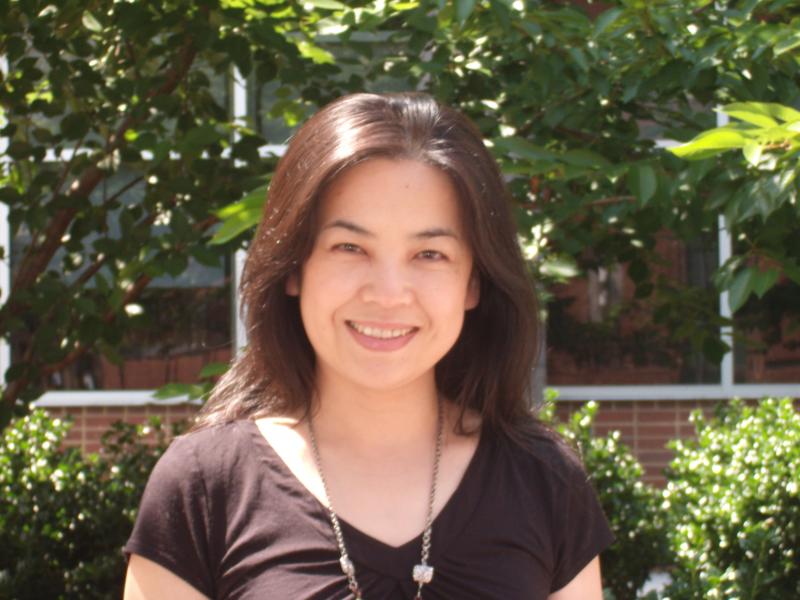 
Curriculum Vitae
Yuli Wang received her B.A. from the Tianjin Academy of Fine Arts and her M.A. from the Central Academy of Fine Arts in Beijing. In the summer of 2009, she was selected to participate in the Virginia STARTALK Chinese Teacher Academy at the University of Virginia (through the National Security Language Initiative of the US government). She has been an instructor in the Chinese program at UMD since January 2005. Her major teaching and research interests include the Chinese language, traditional Chinese calligraphy and painting, Chinese culture. She has also given recitals with the Chinese traditional musical instruments guqin and guzheng. She has published a book《The Mirror of Writing: Kang Youwei’s Curriculum for Chinese Calligraphy Art》). Published by New Academia Publishing, in Washington DC, 2016. She has published the following articles in Chinese: “The Biography of Pan Yuliang,” Yishujia (Artist Magazine), no. 245 (October 1995), 108-229; “The Drawings of Zhang Ailing,” Yishujia (Artist Magazine), no. 321 (February 2002), 400-403; “A Study of the Society for Painting Methods of Peking University,” Xiandai meishu (Modern Art), no. 79 (August 1998 ), 58-69; “A Study of the Huixue zazhi [Journal of the Study on Painting],” Xiandai meishu (Modern Art), no. 80 (February 1999), 48-61. She has also contributed essays, in Chinese, on the modern Chinese painters Li Shutong and Pan Yuliang to Zhongguo shuhua mingjia jingpin dadian edited by Zhu Boxiong and Cao Chengzhang and published by the Zhejiang Education Publishing House in Hangzhou. Her own art works have been published by the Hebei Fine Arts Publishing House in Shijiazhuang, Hebei Province. In October 2009, she presented a paper on issues related to the teaching of Chinese calligraphy in American universities at the 38th Annual Conference of the Mid-Atlantic Region Association for Asian Studies at Villanova University, Villanova, PA,