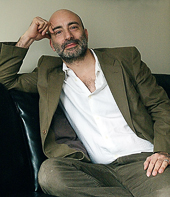 Saverio Giovacchini is Associate Professor of History at the University of Maryland where he has been the director of the Nathan and Jeanette Miller Center for Historical Studies from 2010 to 2013. He is the author of Hollywood Modernism (Philadelphia: Temple University, 2001) and, with Robert Sklar, of Global Neorealism: The Transnational History of a Film Style (Jackson: University Press of Mississippi, 2012). His essays on two cosmopolitan filmmakers, actor John Kitzmiller and producer Joseph Levine, were recently published in Black Camera (Spring 2015) and in Jon Lewis, ed. Producers (New Brunswick, Rutgers UP, 2015). Both essays are part of his current monographic project, The Rise of Atlantis: Cultural Co-Production and the Creation of the Cinema of the West, 1945-1975 (forthcoming 2021), a contribution to the debate about the cultural relations between USA and Western Europe after the Second World War, with a particular emphasis on the development of the North Atlantic film industry, film culture, and film genres, and its role in post WWII world history.