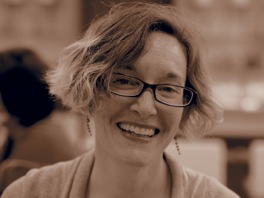 I am an associate professor of Modern Japanese Cultural Studies in the Department of East Asian Languages and Cultures, also currently serving as the Head of the Department of East Asian Languages and Cultures (EALC). I am an affiliate faculty member in Women’s Studies, Film Studies, and Comparative Literature. My research interests include modern Japanese literature and history, colonial and postcolonial studies, gender and feminist studies, and masculinity studies. I am also engaged in the study of the atomic bombings of Hiroshima and Nagasaki, nuclear studies, peace and nuclear abolition movements, and environmental humanities.I am the author of Dominant Narratives of Colonial Hokkaido and Imperial Japan: Envisioning the Periphery and the Modern Nation State (Palgrave Macmillan, 2012) and co-editor of the anthology Reading Colonial Japan: Text, Context, and Critique, eds. Michele M. Mason and Helen J.S. Lee (Stanford University Press, 2012). My other writings treat nuclear issues and representations of gender. These include “A New Generation of Historical Manga: Writing Hiroshima and Nagasaki in the 21st Century,” The Asia-Pacific Journal, 47-5-09, November 23, 2009, “Bodies of Anger: Atomic Survivors in Nakazawa Keiji’s Black Series” in Rewriting History in Manga: Stories for the Nation, eds. Nissim Otmazgin and Rebecca Suter (Palgrave, 2016), and “Seventeen’s Battle with the Cult of Masculinity: Reading Ōe Kenzaburō’s 1960s Critique of Rightist Resurgence in the Age of Abe,” Asia-Pacific Journal, Volume 15, Issue 4, No. 4, February 15, 2017.I translate my research foci into Cultural Studies courses, such as Reading Japanese Empire, The Atomic Bombings in Literature and Memory, Troubling Gender and Sex in Japan, Modern Japanese Literature and Film, and “Japan” From the Margins (a course on discrimination in modern Japan).I am energized by my current projects. My next book, The Legacy of Neglected Nagasaki, illuminates the unique and significant experiences and engagements by the survivors and successive generations of the often-overlooked second city on which the U.S dropped atomic bombs. I am conducting a collaborative research and teaching project grounded in an Environmental Humanities approach that examines environmental activism and artistic engagement with atomic issues in Germany and Japan from 1945 to the present with my colleague, Dr. Hester Baer. We will teach a graduate seminar titled Nuclear Futures in the Post-Fukushima Age in Spring 2019. I have been invited to contribute a chapter on popular culture and translate another on mass media for the new Cambridge History of Japan project, forthcoming in 2020.I was fortunate enough to co-produce a short documentary film entitled Witness to Hiroshima (2008) with Kathy Sloane (Director). In this 16-minute film, Keiji Tsuchiya uses 12 powerful watercolors that he painted in 2000 to tell the story of his experiences in Hiroshima as a 17-year-old soldier during the month immediately following the dropping of the atomic bomb on Hiroshima. While the film addresses a horrific moment in history, it emphasizes how Mr. Tsuchiya has directed his life towards purpose and healing through his life-long commitments to advocating for atomic bomb survivors, opposing nuclear war, and preserving the Japanese horseshoe crab. See www.witnesstohiroshima.com.My educational background includes a B.A. in Linguistics and Japanese from the University of Oregon, Eugene (1989), an M.A. in modern Japanese literature from the University of California, Los Angeles (1995) and a Ph.D. in Modern Japanese Literature from the University of California, Irvine (2005). I completed advanced Japanese studies at the Inter-University Program for Japanese Language Studies in Yokohama. I was funded for two periods as a Research Student at the University of Tokyo for a total of two and a half years of advanced research studies. I was awarded the Japan Studies Postdoctoral Fellow in the Freeman Spogli Institute for International Studies at Stanford University from 2005 to 2007.