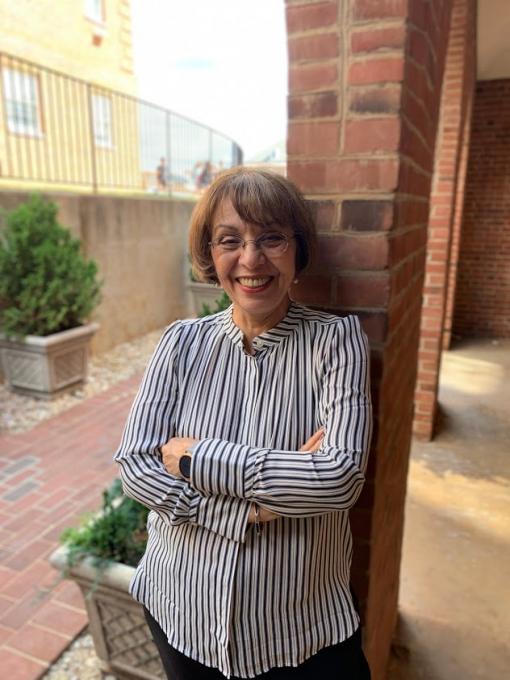 Fatemeh Keshavarz, born and raised in the city of Shiraz, completed her studies in Shiraz University, and University of London. She taught at Washington University in St. Louis for over twenty years where she chaired the Dept. of Asian and Near Eastern Languages and Literatures from 2004 to 2011. In 2012, Keshavarz joined the University of Maryland as the Roshan Institute Chair in Persian Language and Literature, and Director of the Roshan Institute Center for Persian Studies. Keshavarz is author of award winning books including Reading Mystical Lyric: the Case of Jalal al-Din Rumi (USC Press,1998), Recite in the Name of the Red Rose (USC Press, 2006) and a book of literary analysis and social commentary titled Jasmine and Stars: Reading more than Lolita in Tehran (UNC Press, 2007). She has also published other books and numerous journal articles. Keshavarz is a published poet in Persian and English and an activist for peace and justice. She was invited to speak at the UN General Assembly on the significance of cultural education. Her NPR show “The ecstatic faith of Rumi” brought her the Peabody Award in 2008. In the same year, she received the “Herschel Walker Peace and Justice Award.”